It’s the nineties, beloved Walkman new batteries and Maya and Devin are newly in love. In a big city, the only way to communicate with each other by phone at this time, especially in the lonely evenings after coming home from your work at the booking shop. But what if a sudden fire in the city turns off the electricity and you worry about your partner? Only one thing helps: go out and look.

The purpose of the Fire Tonight game is to reunite Maya and Devin.

Fire Tonight begins with a phone call between two young men when news of a large fire suddenly arrives in the city. After a while, the phone connection is dead and the adventure begins. As the perspective shifts back and forth and Maya goes out to see if everything is all right with Devin, Devin first waits in his apartment for the sign of life from her lover. You can use this to see your apartment in classic point-and-click mode. This will not only help you get to know the teenager better, but will also shed light on your relationship with Maya and your shared interest in music and video games. Kids in their nineties in particular get their money’s worth here because Devin’s apartment screams nostalgia and is ready for one or two buns.

As Devin picks up the passive part of the story, we rush into the city streets with Maya, where a strange fire is burning everywhere. Not as easy as you think, the goal is to get Devin. While flames block some paths, you can climb on roofs and trash cans to find other corners with clues or open new paths. You also need the keys to the doors and gates hidden inside the city floor. Although the puzzles are solved relatively quickly, sometimes a little brain is needed here. An interesting algorithm is the “magical” walkman, which, when listening to your favorite music, the obstacles disappear. However, it constantly requires new batteries (anyone who owns one knows the dilemma!) And must be careful to operate it. New batteries will not always be on hand, and if you walk into a fire you will be sent back to the previous location. Even if some of them deliberately stand in the way and are an additional obstacle, you can quickly interact with other characters. 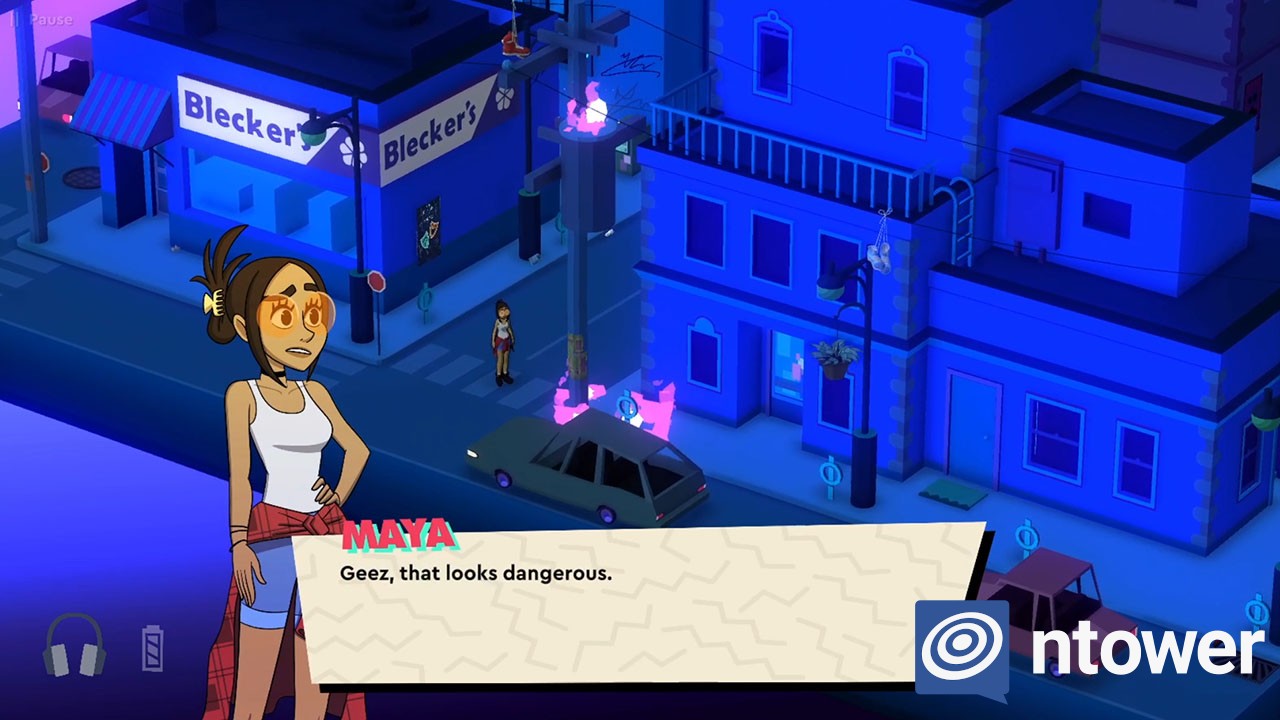 Maya embarks on an adventure to see her beloved Devin again.

Although you can use a pointer to click on things around Devin’s apartment, there are other ways to interact with objects. Sometimes it takes a while here to understand what you need to do to progress the story, because the game does not provide any training and no guidance. However, this is not necessary because in most cases everything is known directly. You normally control the illusion with the left analog stick, while the city maze can rotate 360 ​​degrees with the right stick. This is also necessary because it is well known that secrets are always hidden in dark corners. Otherwise, you will eventually know the objects or persons you can interact with, which makes the course of the game easier. There are also small, nice comedy-style scenes in between that breathe extra life into the whole story.

Fire Tonight is a very short but endearing puzzle game in which you are almost disappointed at the end of already completed credits. Here was the feeling that even if a round, beautiful film was finally released, the story could definitely have been pulled. But the dynamics and positions were so much fun and varied, which is why you eventually want to shout more. The game is entirely in English, which is very problematic even if you have mastered the basics of the game with little or no language skills.