Sinking in a fighter plane SVR-Lazartic Should go into a sluggish state in a few hours. 191 miles Maxie Edmund de Rothschild ZIT, François Gabart and Tom Laperche slowed down to reconnect on the whip.

Damien Seguin and Benjamin Dudrooks, who were crippled by the “Fuerteventura” (sic) wind all night, are back under attack! The next step is Cape Verde Abyss Group, Currently ranked 12th but IMOCA first with drifts …

It goes on commercial air at Arkema 4

“Carcher Atmosphere” On Archema4 No doubt leaving the Cape Verde archipelago east at a speed of 25 knots westward under a large janitor to retreat from the Fifty Fleet of the Ocean? Meanwhile, catching the leader premonition is a question. 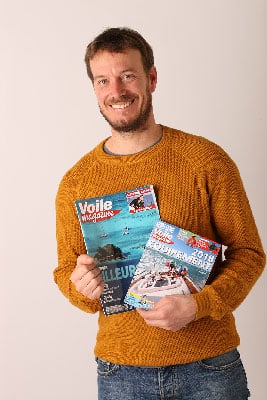 Journalist in Voile Mag since May 2016 in all weathers. Equipment expert and often at the forefront of marine racing reports, most of our testers are waterproof!


See all articles by Paul Curi

See also  The car is on its side: a severe traffic accident in Wells-Butchberg ends slightly