The new network installation functionality of the Raspberry Pi 4 and 400 makes life easier for hackers, but above all for beginners. 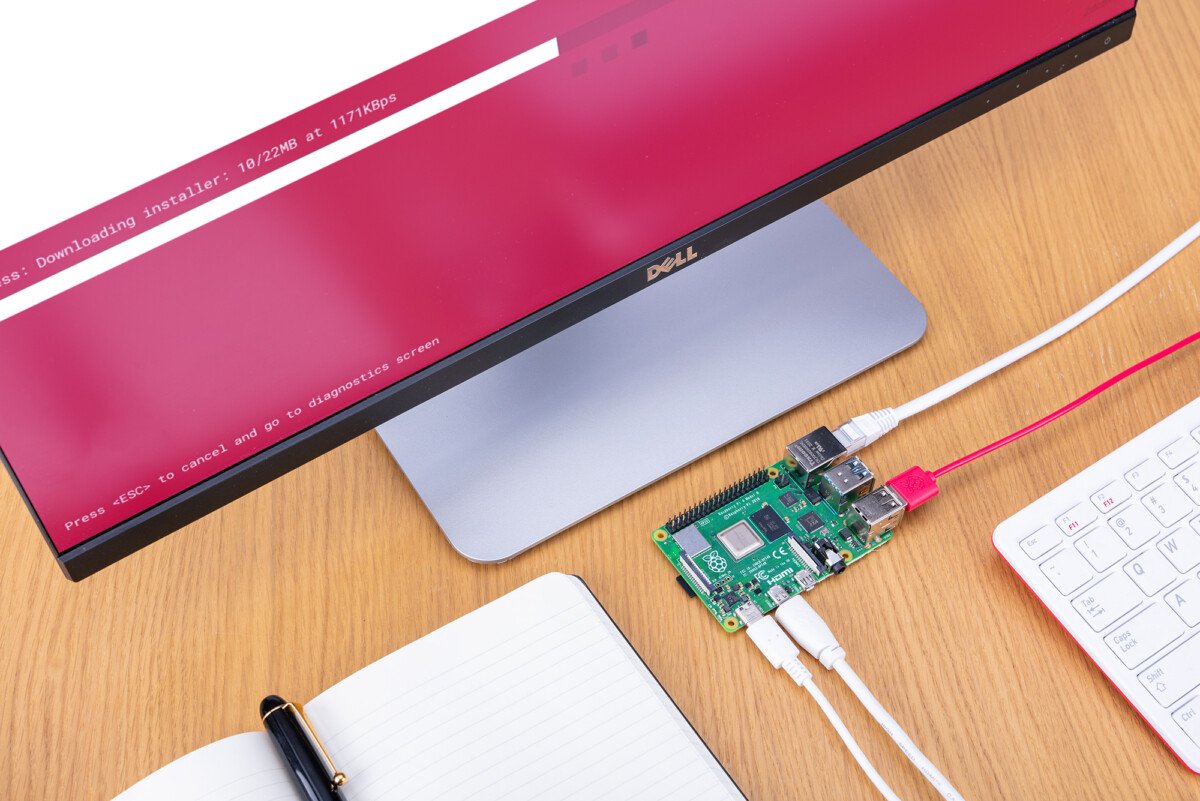 Creating a retro game console, media player or miniature computer with Raspberry Pi involves combining several hardware and software components. For some, it is more a matter of choosing, buying, extracting and carefully assembling the best case, the best memory card, the best software, rather than using the finished product.

Others, on the other hand, do not know where to start. The operating system is not installed on the Raspberry Pi as you would on a computer. You need to download software to write an “image”, find its operating system (its “distribution”), download the correct image (32-bit, 64-bit, ARMv6, ARMv7, ARMv8?), And then write it to the microSD card. (Or recently USB key), all from another computer.

Network installation is available in the Raspberry Pi bag

Instead of a brief diagnostic screen you will get a screen that tells you about the presence of the Raspberry Pi Imager, which has a QR code. A help pageAnd above all press the Shift key on the keyboard to start the installation process.

It is necessary to connect the raspberry bag to the Internet Via Ethernet cable (does not work on Wi-Fi due to lack of space in the small internal memory), so it downloads and operates the Raspberry Pi Imager from RAM. 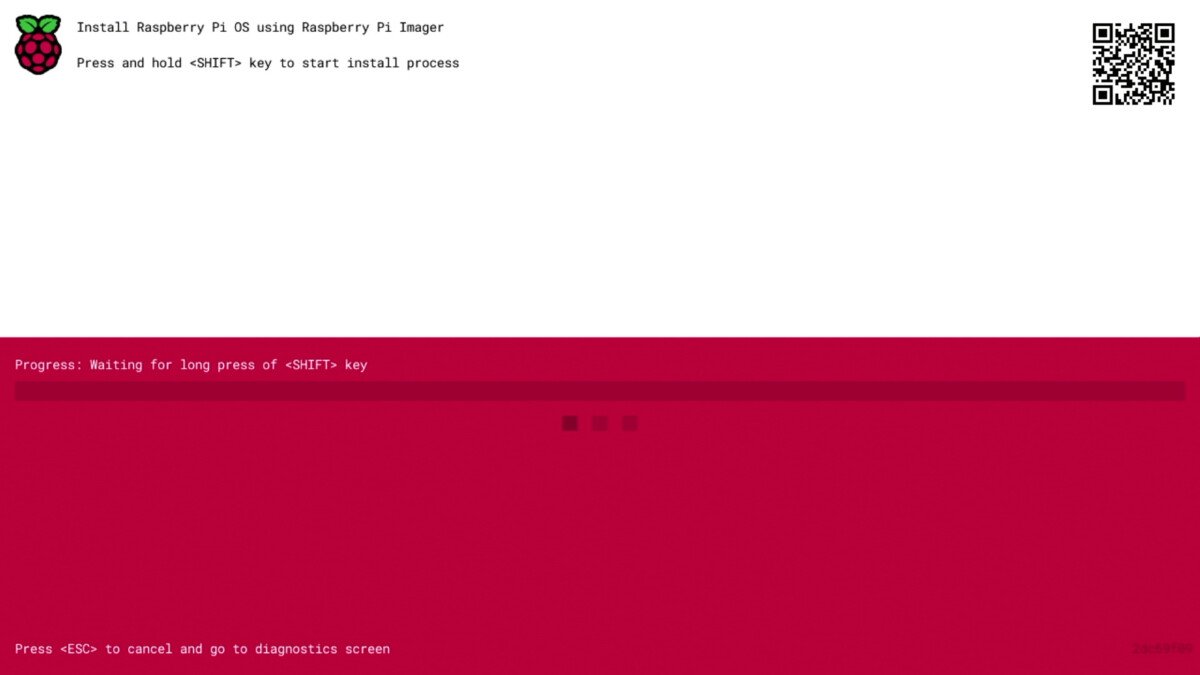 Start with the Raspberry Pi Imager

It can be used on the keyboard, arrows, table and entry key, but it can also be used with the mouse. If you are ever looking for a practical keyboard and mouse to tinker with a raspberry bag, we recommend Logitech K400 +It usually costs 20 or 25 euros instead of 40.

Side computer or miniature server

The Raspberry Pi 4 and 400 are still far from compatible with regular computers, but can be used as an additional computer, for example, to browse the Internet quietly.

The Raspberry Pi OS is perfect for this purpose. On the other hand, we recommend the new 64-bit version, and the 32-bit version is not selected by default. In the menu Select the OSSo we have to choose Raspberry Pi OS (Other) → Raspberry Pi OS (64-bit). “Lite” versions do not have a graphical interface and are designed for server use. Ubuntu or Manzaro is also available, but we advise you to familiarize yourself with the Raspberry Pi OS first, the help for which can be easily found on the Internet.

If you choose Raspberry Pi OS, a menu Advanced options The Raspberry Pi Imager will appear on the home screen. It allows you to preset key settings, including keyboard layout (Set Language Settings Keyboard Layout → en), Wi-Fi network and username. To choose Fr In the menu Keyboard Raspberry Pi Imager before opening this menu and entering passwords.

You can use the Xbox or PlayStation controller, wired or wireless, which is one of the many reproductions of the expert in retro controllers. 8BitDoOr the official Nintendo Switch online remake, if you can catch it.

A Raspberry Pi makes a great media player for playing videos on a TV, changing or fulfilling the sometimes defined functions of a TV, an ISP decoder, a Google Chromecast, an Nvidia Shield TV, an Amazon Fire TV, an Apple TV. Etc.

Raspberry Pi Imager also presents two major multimedia distributions for the Raspberry Pi, both of which are based on popular software. Crore : LibreELECVery popular, or OSMCSimple at first glance and customizable.

There is also VolumeIt converts the Raspberry Pi into a music player that can be used without a screen, but through a web interface from a computer or phone to create speakers. ” Connected “. Therefore, we recommend adding DAC to the Raspberry Pi because integrated audio output is normal. Hibernation For example, “HAT” provides modules and matching boxes.

Be aware that there is no need to choose between retro gaming and multimedia. Recalbox includes Cody, RetroPie allows you to install it, but OSMC lets you install prototypes.

How to run a network installation

This network installation functionality will soon be integrated into the Raspberry Pi 4 and Raspberry Pi 400. But on March 1, 2022, it is still in the testing phase and a version needs to be installed manually. Beta From Boot loaderSoftware that manages the launch of the Raspberry Pi.

A Beta Absolutely risk-free, but it is Boot Loader Beta Available from February 8 and according to the evidence and our own findings, it is reliable. If you’re careful during its installation and make sure the power or memory card is not disconnected during the transfer, “” To brick His precious raspberry pie.

Install this Boot Loader BetaIf you need a free microSD card (its contents will be erased, but you can use it again immediately for your new installation), micro SD card reader, you need to use Raspberry Pi Imager on another computer (last time?).

In the menu Select the OSYou have to go down Various application images (“Other application images”) and select Beta test boot loader. We are finally asked to select the preferred storage media at the beginning. SD card boot Default setting: When the micro SD card and USB key are inserted, Raspberry Pi will boot the operating system installed on the micro SD. If you do not have a good reason to choose another one, we recommend this one. 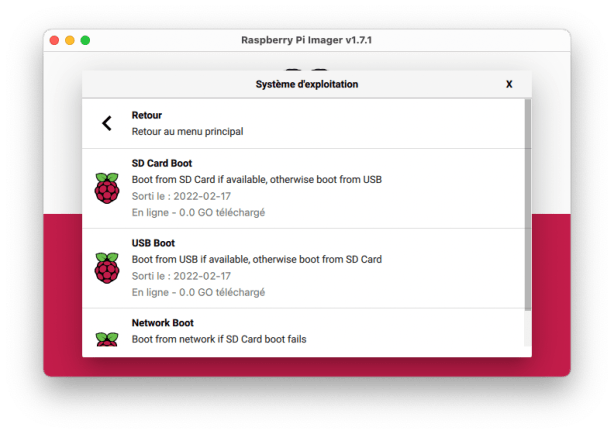 In any case, access the network installation (Network installation), It is necessary to insert the microSD card or USB media without the operating system or remove it if you want to reuse the Raspberry Pi Imager.

It is there to select the micro SD and click on it To write To change Boot loader.

To establish Boot loaderDisconnect the power supply from the Raspberry Pi, insert the microSD card and reconnect the power supply from the Raspberry Pi. The green LED accidentally flashes during the transfer and then it continues to flash to indicate that the installation was successful. If a TV or monitor is connected to one of the HDMI outputs, it shows a solid green screen. When the process is complete, you can cut off the power to the raspberry bag and remove the micro SD card. 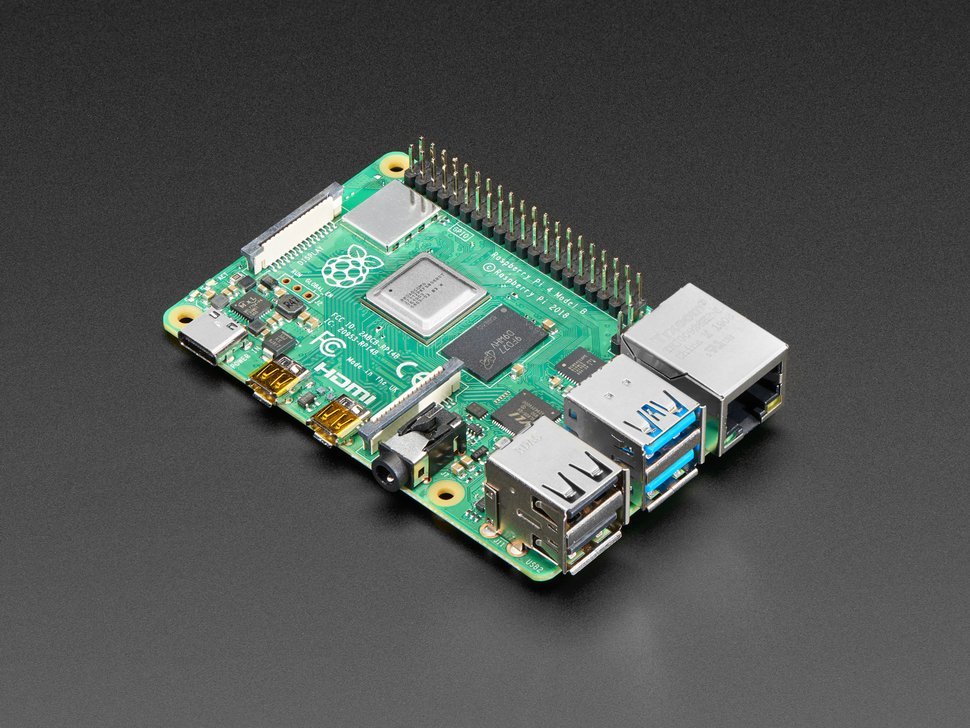 You Go: Your raspberry pie, once dependent on another computer, is now more autonomous than PC or Mac (it offers the latest macOS reset Via Website)!

There is one last challenge: getting a bag of scarce raspberries. We recommend the site rpilocatorIt monitors the availability of several retailers, including the main authorized French retailer, குபியி.