TCL’s bold idea, a foldable and expandable smartphone, was unveiled at an electronics exhibition in China. In a video, we can see the extension system of the prototype. 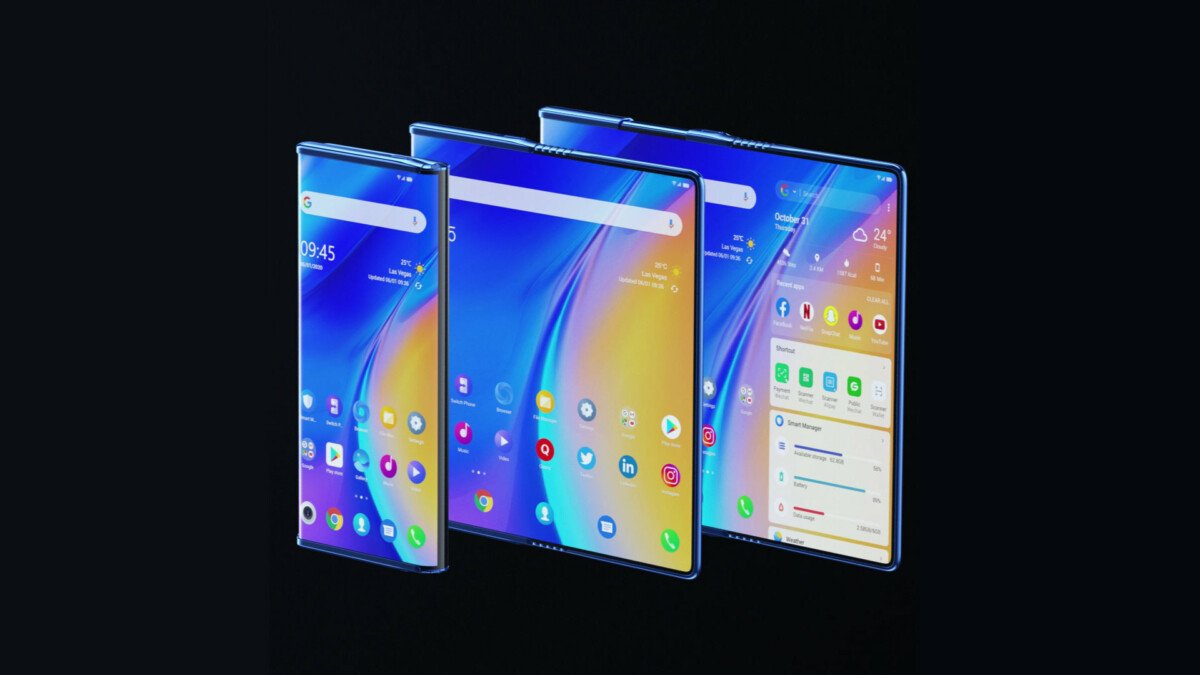 The competition for a foldable smartphone (or expandable … or both) continues among manufacturers. Chinese manufacturer DCL During the DTC 2021 event dedicated to electronics taking place in China in November, it really put forward the idea of ​​a foldable and expandable smartphone. A user known by the family name of the show Fold Universe On Twitter, he captured this ambitious idea in a video, which seems to be still in its infancy … while at the same time looking very promising.

Owned by YouTubeSubscribe to Frandroid

To create a roughly square screen, you can see the smartphone opening like a book. But the concept does not stand there, because at the press of an almost invisible button, the screen expands to the left, thus becoming a smaller tablet. Then, with a simple press on the bottom edge of the smartphone, the screen will roll again.

Once the prototype is closed, we can also see the screen continuing on the reverse side of the phone as it gets the design of a 6.8-inch smartphone. With this concept, the user benefits from the 3-in-1 device: the classic smartphone, a smaller square tablet and a 10-inch tablet. Nothing else is known about this phone at the moment.

TCL is still developing its prototype

Reminiscent of this foldable and expandable smartphone prototype Fold my roll TCL delivered it to us last spring. The principle is exactly the same: the manufacturer behind TCL 20 SE Apparently he continued his experiments. The effect is evident in the video.

Of course, the prototype climbs still seem to be in the early stages: the screen is “plastic”, and the screen deployment and adaptation are a bit longer. In practice, all of these can be very difficult. If you want to get into TCL racing, or want to take the lead, this concept needs a little more work. Samsung, Xiaomi, Huawei, Oppo Or Google. Suffice it to say that the competition is fierce.