Gaming has always been one of the most fun ways to spend your time, and it has recently become more accessible with the introduction of cloud gaming services such as Stadia and XCloud. Last year Sony brought its Remote Play app to all Android devices, and now it is being updated with support for the upcoming PlayStation 5 console.

The PlayStation 5 has not yet started shipping, but Sony is making sure its remote play app is ready in prime time. In version 4.0.0, the app selects the ability to connect to PlayStation 5 consoles using Remote Play. Appropriately, it is now called PS Remote Play instead of PS4 Remote Play.

When the remote play started, it was only compatible with selected Sony Xperia devices, but back in 2o19, the company was enough to open it for all devices running Android 5 and later. With this latest update, Sony is updating the app and dropping support on Android 5 Lollipop and Android 6 Marshmallow in the process. Screen designs have been refreshed and button assignments made on PS4 and PS5 consoles are now used in remote play.

You can download the updated app APK Mirror Or the Play Store now, but you won’t be able to take advantage of the PS5 compatibility until the end of this year. 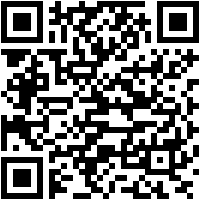 See also  Where does BioShock 4 run? First details about the place and the story were leaked to • Eurogamer.de