If you followed the Game Awards 2021 ceremony, you may remember the appearance of Keanu Reeves and Carrie-Anne Moss. But they weren’t there for a game, almost not, but for the Matrix Awakens demo running under Unreal Engine 5. If you haven’t already, we advise you to download it immediately because it will be removed. Xbox and PlayStation Stores on July 9.

What is The Matrix Awakens?

The Matrix Awakens It’s not a game. This is a free technical demo that runs in real-time under the Unreal Engine 5 engine, but it’s playable!

That is the whole difference. We’ve been treated to several Unreal Engine 5 demos over the past couple of years, but those are videos of what the Epic Games Engine can do in the future. But this time it’s more true than ever.

Titled “The Matrix Awakens: An Unreal Engine 5 Experience,” the playable demo is available on Xbox Series X|S and PS5, but you only have a few days left to download it on July 9, 2022, when Epic Games releases it. Hurry up!

The future is already here

How was this demo designed? What is behind it? This was revealed by our colleagues Eurogamer After talking with Epic Games.

If the characters of Keanu Reeves (Neo) and Carrie-Anne Moss (Trinity) look so realistic, it’s because they were created with technology. Metahuman From the epic games we covered in early 2021.

The playable tech demo is obviously very scripted, but that doesn’t stop it from being very interesting when you learn that everything is running in real time. Explosions, for example, are calculated in real time using a physics system confusion From the epic. 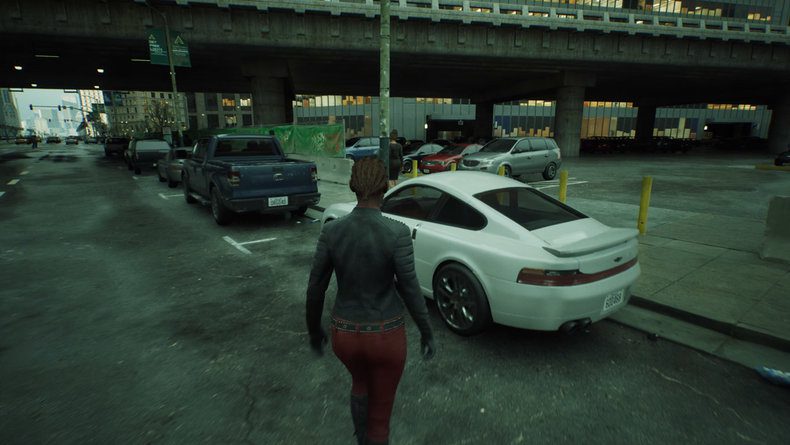 Does the world created for this demo seem overwhelming to you at first? So wait until you reach the last third area where you can roam freely and take control of vehicles. It’s nanite technology, dedicated to geometry, that hits the mark here Lumen, which manages the lights. It is also possible to play with options to change the position of the sun, for example. Ray tracing works wonders here.

To further improve overall rendering, Epic relies heavily on its TSR (Super Temporal Resolution) solution, which injects data from previous images into current images to improve quality. For a city the size of downtown Los Angeles (downtown district), Epic Games was able to create a realistic and coherent world with the help of tools and practical creation. Here are the numbers.

The Matrix demo was handled by the same team responsible for the previous Unreal Engine 5 demos. To get a glimpse of what the Unreal Engine 5 engine will look like in an actual game, we advise you to watch it first Hellblade 2 gameplay video Aired tonight.

Finally, watching the demo videos on your phone is already very enjoyable, the experience will be even better on your 4K TV.