I had no idea the last time I played a game that made me as happy as a short hike. Everything about it from the characters to the game to the little world it inhabits is absolutely perfect, I had a big smile on my face from beginning to end. I didn’t put serious thought into my year-end ballot for our game of the year, but I hope it stays on top.

The basis of a short climb is in its name: you play Clara, a young bird who has camped for her aunt, who decides to take the named short climb to the top of a mountain. But within that very simple paradigm, there is much more to be done than going from point A to point B.

The game takes place in a provincial park on an island (which is the equivalent of a Canadian state park), and the park is full of people talking to Clare and the secrets to finding her. I have not fully explored every nook and cranny of the island, but in my short time with the game, a rabbit found his lucky helmet and helped in the tortoise race, found a couple of secret paths, helped build a frog Sand Fort Empire, I ran a park race with another bird I saw.

Apparently, none of them are exciting on paper, but in practice, each of those actions – and a lot more close to them – are incredibly beautiful. The dialogue was wonderful, with lots of humor and heart, and there was a lot of interest in making each of these characters memorable. 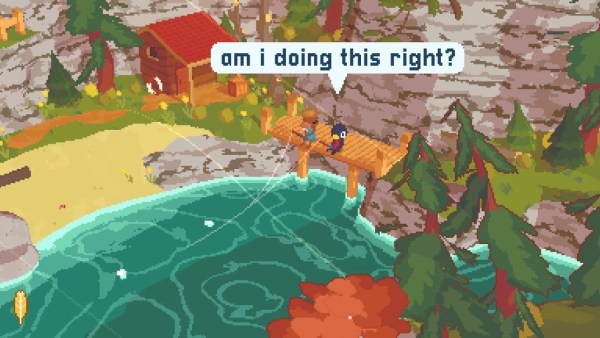 The only complaint I can imagine anyone having about a short climb is that it is a little short, and you can reach the top of the mountain in an hour or ninety minutes if you really stretch things. But honestly, abstraction works. That’s one Short The game will be like trying too hard if you try to artificially extend what is a hike, otherwise the perfect experience.

Yes, I would say that a short hike is really a perfect experience. It was one of the best games I played this year and I loved every moment.