ESL has confirmed two LAN events for 2022 this past Thursday (12/09): IEM Dallas in June and ESL Challenger Melbourne in September. The events will be held in conjunction with the DreamHack festivals and part of the ESL Pro Tour circuit.

IEM Dallas is the first significant event announced in North America since the COVID-19 pandemic, with the latest being the DreamHack Masters, which Liquid won in 2019. Likewise, the ESL Challenger Melbourne will be the first international tournament in Oceania since IEM Sydney, also won by Liquid in the same year. And for online betting fans, research at OLBG.com shows us the best sites to choose from in your area. You’ll also find bettors discussing the upcoming matches on their forum!

Speaking in terms of scale, the announced ESL Challenger events will be similar to previous years’ DreamHack Open tournaments, with just the name changing. The rebranding results from the ESL-DreamHack conglomerate, moving away from the competitive tournaments of the latter brand, which now mainly represents the festive part of the event.

However, the first ESL Challenger of 2022 will take place earlier this year in Anaheim, California, February 11-13. Then, the IEM Dallas takes place from May 31st to June 5th, with the ESL Challenger Melbourne running from September 2nd to 4th.

In addition to these, we will have two more ESL Challenger events in 2022: in Valencia (July 1-3) and Rotterdam (October 14-19), while IEM will be held in Katowice Cologne, and also in China. In addition, ESL Pro League Season 16 and 17 Conference stages will take place in Jönköping, Sweden, as part of DreamHack Summer and DreamHack Winter, respectively.

Both summer and winter editions will take place in Sweden, in the city of Jönköping. The other ESL Challenger tournaments that will take place in Rotterdam, Valencia, and Melbourne will give places to the EPL Conference S17, but only for the respective champions of the editions.

All about Intel Extreme Masters (IEM) 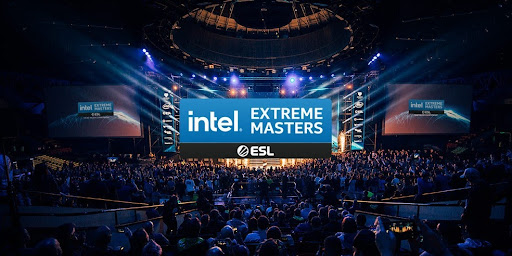 Intel Extreme Masters (IEM) is a Counter-Strike tournament circuit since 2007. In the beginning, Counter-Strike 1.6 was the used version but, after the reformulation in 2016, it became the stage for Majors and other Counter competitions Strike: Global Offensive. Seasons consist of traveling minor events and the central fixed event: the World Championship. One of the most famous cities hosts the Intel Extreme Masters in Poland, which hosts the IEM Katowice. The IEM is known for its importance in the competitive game scenario developed by Valve and for its pioneering spirit in organizing professional sports competitions.

Electronic Sports League (ESL) organized a series of tournaments sponsored by the multinational Intel Corporation. Both institutions invested resources in creating the championships to expand their markets to other continents. Since then, the IEM has brought together the best Counter-Strike teams globally. The extinct Pentagram G-Shock was the grand champion of the first event in 2007. Fnatic is the biggest winner of the circuit, with nine titles conquered.

Rules vary from competition to competition. The IEM XIV Chicago, for example, was attended by only eight teams. In the IEM XI World Championship, the number of participants was 12. The total prizes also vary. The amounts usually fluctuate between $250,000 and $500,000. SK Gaming Brazilians were champions in one opportunity: IEM XII Sydney. The quintet beat the FaZe Clan 3-1 in the final. Astralis (4), Fnatic (2), Team Liquid (2), and Ninjas in Pajamas (2) are the greatest champions on the IEM circuit. Competitions can be watched live on Twitch, YouTube, and Facebook. To date, 16 editions of Intel Extreme Masters have been played.

Navy and Air Force have been sponsoring since 2020

With an eye on the billionaire eSports market, which moves billions, the US Navy and Air Force announced in 2020 a partnership with the ESL (Electronic Sports League), one of the world’s leading organizers of professional gaming competitions. IN DALLAS, the U.S. Air Force sponsored the IEM (Intel Extreme Masters) and the ESL Pro League of CounterStrike. In addition to financial support, the military institution will carry out promotional actions during breaks in matches, when the public can challenge the military in various games.