Saying a video game is easy or challenging to play is a myopic way of looking at how the human brain works. Let’s look at it this way, in a classroom full of students; we can find the ones who are good at mathematics, as well as those who find it extremely annoying and difficult. I guess what I’m trying to say is, a game difficult for person B might be incredibly easy for person A. However, some games are incredibly frustrating for even the best gamers.

For those looking to start playing video games or those returning after a long break, there are games out there that would help you ease back into the mix, similar to the free spins no deposit Canada casino for beginners. Whether it’s strategy games, sports games, adventure games, Battle-Royale games, puzzles, there seems to be a game out there. Enough said, let’s take a look at some of the best video games not just in terms of difficulty but also the level of excitement for beginners to play in 2021, as Listed below.

For those who are fans of puzzles, then Inside is a game to absolutely get your hands on. Developed by Playdead for PlayStation 4, Xbox One, and Microsoft Windows, the game lets players control a boy who finds himself in a world of dystopia, where he has to solve environmental puzzles whilst avoiding death. 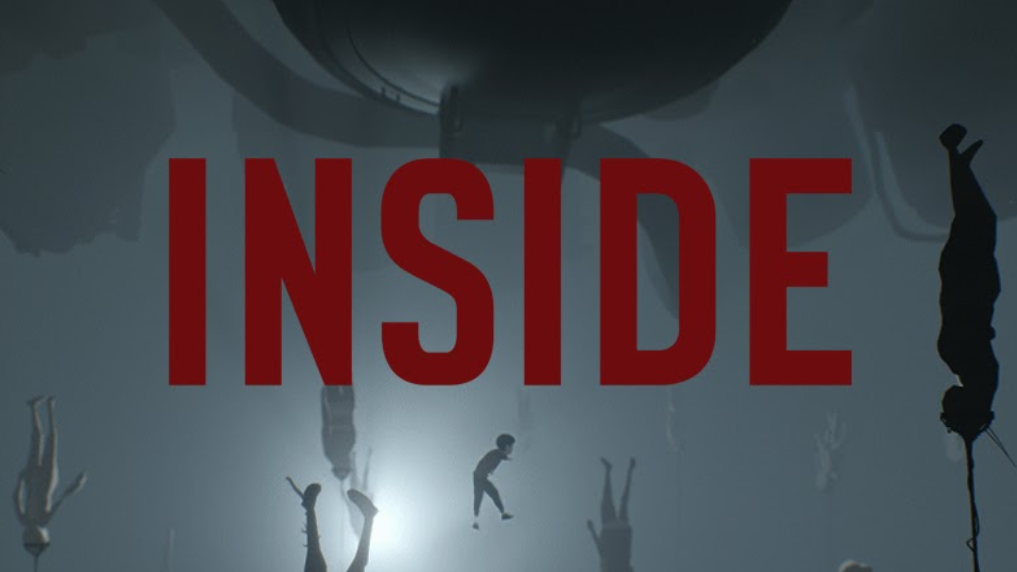 The environment is in 2.5D and mostly dark, with the only colors used to distinguish the player and certain parts of the environment. Inside also has a very quiet world with only sounds of musical cues, the lead protagonist’s voice, barking sounds, and sound effects audible to players.

The game received universal acclaim following its release in 2016, with critics praising its plot, gameplay, and environment. However, the difficulty of the game left some gamers yearning for more. Nevertheless, inside won the award for Best Console/Desktop at the Unity Awards in 2016.

Take it from someone who played this when he started gaming on the PlayStation 1 console at a young age. Crash Bandicoot is an enjoyable game for beginners. Before developing games like Uncharted and The Last of Us, popular video game developers Naughty Dog made a name for themselves by developing the first Crash Bandicoot game back in 1996. However, the most recent title was developed by Toys for Bob and published by Activision, but the game still looks and plays awesomely. 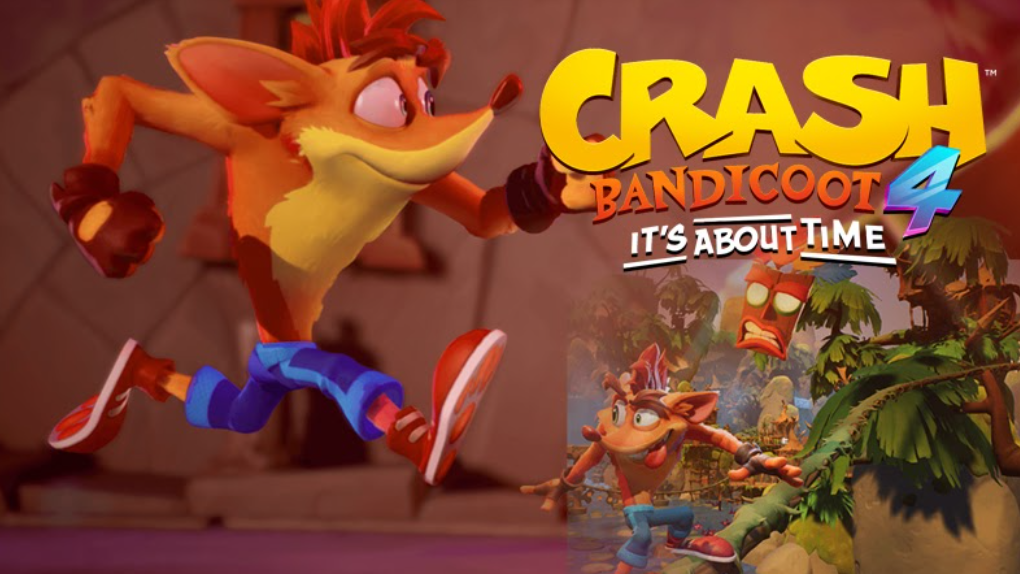 Crash Bandicoot 4 sees the return of Crash Bandicoot and his sister Coco team up with their old foe Dingodile to prevent Dr Neo Cortex and Dr Nefarious Tropy from taking over the world. The trio is also aided in their quest by Tawna, an alternate dimension of Crash’s girlfriend, as all four must recover the Quantum Masks, ensuring that Dr Cortex and Dr Tropy fail in their quest multiverse domination.

The game received upgrades compared to its predecessors as “Toy for Bobs” added new gameplay elements as well as new designs, presentations, and gameplay levels. Crash Bandicoot 4 was nominated for Best Family Game in the 2020 edition of The Game Awards but narrowly lost to Animal Crossing.

For avid gamers, Spyro is regarded as an old-timer and one of the great ones. Insomniac Games was first developed and released for PlayStation back in 1998; however, “Toy for Bobs” not them, again developed a collection of remakes for PlayStation 4 and Xbox One in November 2018.

Spyro is a platform game that lets players control a dragon (Spyro), whose task is to free his fellow dragons from crystal prisons scattered across its world. Players can access the levels and new worlds through portals in the main world. The game was a huge success amongst fans and critics upon its release, with IGN giving it a rating of 9/10 and MetaCritic scoring it 91/100. Reports in the United States also revealed that the game’s first version sold over four million units worldwide.

If Mojang studios never develop another video game in their life again, it is mainly due to the success and productivity of the Minecraft game. The game was released in November 2011 after two years of public testing and since then remains the best-selling video game of all time, with over 200 million copies sold and 120 million monthly active users.

Minecraft is a sandbox video game that lets players explore an infinite blocky procedurally generated 3D world. They can discover terrain, extract raw materials, and craft items to build structures, bridges, almost anything the mind can think of. In addition, the game offers multiple game modes that allow players to fight against computer-generated mobs, work together to achieve a huge goal, or even compete against one another. I once saw a video of Minecraft, where a bunch of players came together to recreate the entire city of Los Angeles, California.

Saying Minecraft has been critically acclaimed is downplaying its illustrious achievements, as the game itself has won numerous awards whilst being regarded as one of the greatest video games ever. The game is so successful that Microsoft decided to shell out $2.5 billion to buy Mojang Studios and the entire Minecraft intellectual property back in 2014. The popularity of Minecraft can be attributed to some factors such as:

This life-simulation game was voted the Best Family Game at The Game Awards in 2020, and after a few hours of playing it, it’s easy to see why. Animal Crossing: New Horizons offers players the chance of developing a deserted island in a non-linear manner and how they see fit. The game is played in real-time, and the in-game weather adjusts to the Northern or Southern Hemisphere seasons, depending on the player’s location. 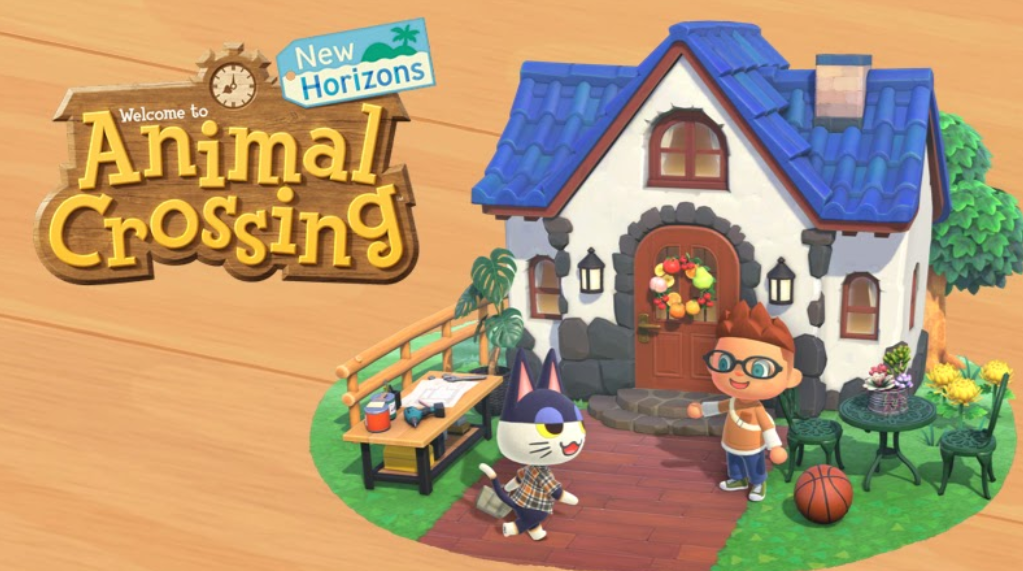 New Horizons allows the character to craft and gather items and customize the deserted island into a coalition of anthropomorphic animals. The game is also critically acclaimed, receiving praises for its customization options, gameplay, and multiplayer options. New Horizons was a commercial success upon its release on the Nintendo Switch, with over 32 million copies sold worldwide, making it the best-selling digital game in the space of a month.

Gamers’ love for Battle Royale games stems from the fact that it is not obligatory to overthink or even think at all when playing. All they have to do is just shoot at the opponents. If you’re about to start playing video games and you have got a similar mindset, or you just enjoy the idea of shooting at opponents within the confines of a video game, then Fortnite is for you. This free-to-play battle royale video game was developed by Epic Games and is quickly becoming one of the biggest games in the world.

The game concept is quite similar to most battle royale games, as 100 players skydive into an island and hunt for weapons to defend themselves from other players. Moreover, Fortnite offers the chance for players to team up either in twos (Duos), as a trio, or within a squad of four. As the game proceeds, the island shrinks, giving players less room to maneuver and increasing the coming across each other, with players caught outside the reduced zone attached by “the storm”.

Fortnite is arguably the world’s biggest game commercially, having earned over $2 billion from its release date from September 2017 to March 2019.

For the avid gamer reading this, I’m sure you must be wondering why a beginner should start the Uncharted series by playing the franchise’s fourth instalment. Uncharted 4 is widely regarded as the best title in the series, and you don’t necessarily have to play the previous three to learn the game, but there’s every chance you could go back to play if you get hooked.

The game revolves around Nathan Drake, a retired treasured hunter who leaves his wife and work behind to help his presumed-dead brother Sam to search for clues for the location of Henry Avery’s long-lost treasure. In this quest, Nathan solicits the help of a former partner, Victor Sullivan, but unknown to him is that Sam (his brother) had promised to help dangerous businessman and treasure hunter Rafe Adler find the treasure.

Uncharted 4 was massively critically acclaimed, fun, and exciting at the same time, winning multiple “Game of the Year” awards and selling over 15 million copies, making it the most successful title in the franchise in terms of sales. The game was developed by Naughty Dog Studios and published exclusively for the PlayStation 4. Uncharted is as easy as any action-adventure game beginners would come across, provided players accept all the help available. The game also offers interesting puzzles for players to solve.

Rockstar games are popularly known as the Grand Theft Auto (GTA) franchise developers, but they also make some fantastic games, and Red Dead is one of those games. The third instalment in the series is set in the fictional representation of the Western, Midwestern, and Southern United States in 1899. The game lets players control Arthur Morgan, a member of the Van der Linde gang and John Martson, the protagonist from Red Dead Redemption 1. Both characters deal with government forces, rival gangs, and other adversaries. 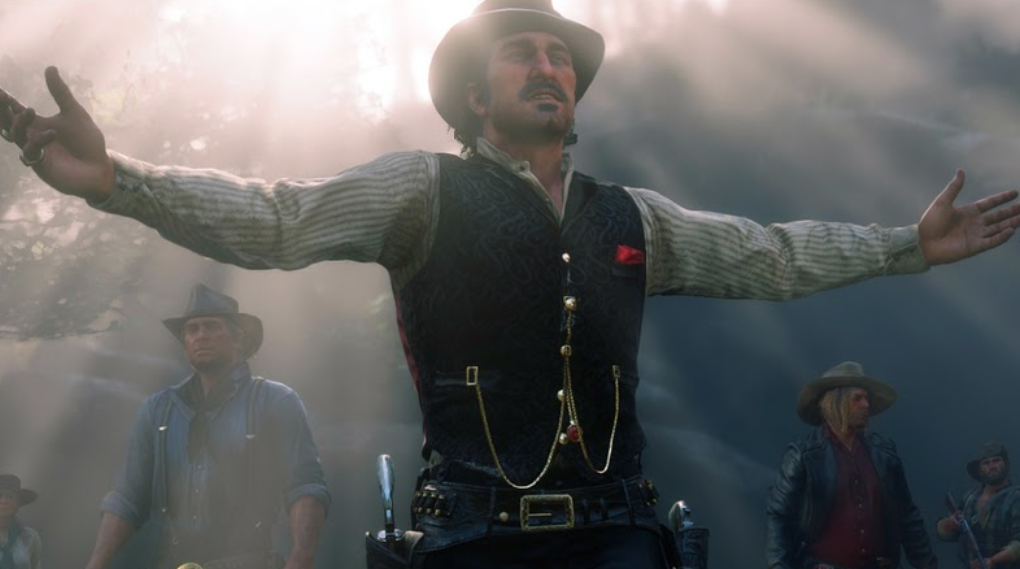 Red Dead Redemption 2 is equipped with a beautifully designed open-world allowing players to experience gameplay elements like heists, shootouts, horseback riding whilst maintaining the character’s honor rating through his deeds and moral decisions. The game was released for PlayStation 4 and Xbox One in October 2018, with the Stadia and Microsoft Windows versions being released a year later. Red Dead Redemption 2 generated over $700 million in the first week of its release and is believed to have sold over 38 million copies worldwide. It also received multiple “Game of the Year” awards from multiple gaming publications as critics praised its level of detail, storyline, characters, and graphics.

EA might have lost its way in recent years with some very bad FIFA games, but FIFA 17 is one of the best in the series. The game was released in September 2016 for PlayStation 3, PlayStation 4, Xbox One, Xbox 360, and Microsoft Windows, FIFA 17 in the series to use the Frostbite engine. The presence of the new engine saw improvements in Player’s physicals, attacking techniques, and a new set-piece system.

FIFA 17 also included a new story mode titled “The Journey”, which allowed players to take control of Alex Hunter, a young English footballer trying to make his mark in the Premier League. The game received praise from critics and fans and remains the fastest-selling edition in the franchise’s history.

Playing sports games is an easy way to get into video games for beginners, and whether you’re a huge football fan or willing to try it out for the first time, FIFA 17 is an excellent game to start with.